Mike has been Senior Pastor of South City Church in St. Louis, MO since 2015. Mike attended Covenant Seminary, earned his MDiv in 1996 and served as a PCA pastor in Chattanooga, Tennessee and Atlanta, Georgia before returning to Covenant Seminary as Dean of Students in 2011. He is also a retired army chaplain (COL), formerly assigned to the Pentagon. In May 2012, Mike earned his DMin from Covenant where his focus was the “Experiences of African American Church Planters in the PCA.” He has been married to Renee for 36 years, has two daughters, Mary and Michelle and two grandchildren, Moses and Mattie.

“A Strategy of Protest and Appeal” – audio

A Strategy of Protest and Appeal – outline

Heal Us Emmanuel: A Call for Racial Reconciliation, Representation, and Unity in the Church (contributor) – book 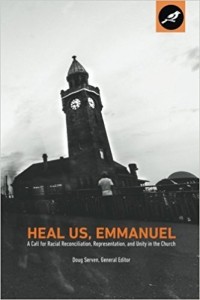